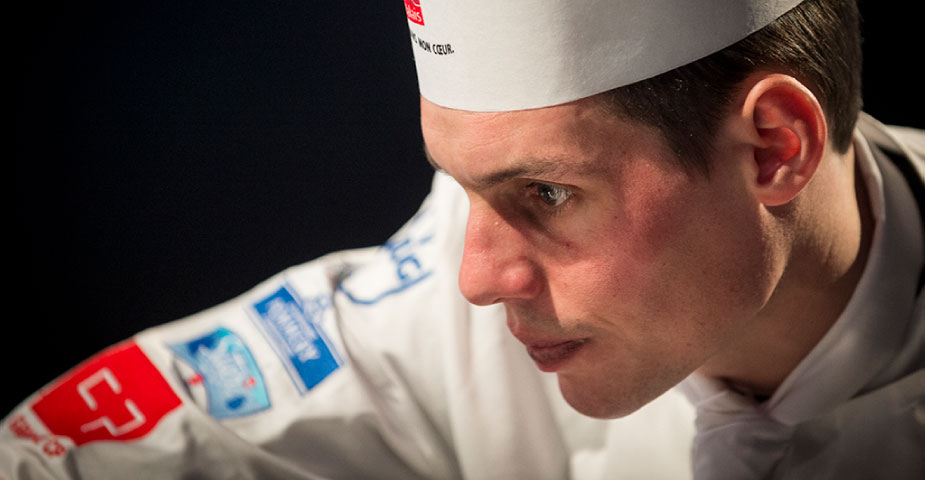 Dreamed up and initiated by the late Benoît Violier, the Grand Prix Joseph Favre is a gourmet cooking competition that pays homage to Joseph Favre, the distinguished Swiss chef and founder of the Académie Culinaire de France. Organised by the Swiss Delegation of the Académie Culinaire France under the auspices of its President, Franck Giovannini, it is held every two years in the canton of Valais, where Joseph Favre was born, with the spotlight firmly on local products. Each edition brings together 6 carefully selected candidates, a prestigious European jury and an audience of 1,000 people comprising curious epicureans and personalities from the Swiss hotel and gastronomy scene.

The second edition of the Grand Prix Joseph Favre will be held on 25 November 2018 at the CERM in Martigny as part of the Epicuria trade fair.